A couple of things that we’ll probably be adding to the Want List: 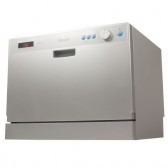 Not much in the way of posting recently.

We’re working on thinning out our belongings and deciding what house projects to tackle first when Colorado thaws out in another month or two.

There’s heavy consideration for a fence replacement as it’s going to become a safety issue pretty soon and likely draw too much attention from the city. I’m not looking forward to the fence project as I know the city will want “their share” of the costs.

There’s also some possibility that we’ll be installing three doors in the basement along with some super inexpensive flooring to make it look finished. Cosmetic remodels don’t need permission from assorted authorities here.

I suppose they’ll both need to be addressed in short order, so after tax season I’ll be laying in supplies for both.

Daisy is working on selling off some of our canning supplies and kids’ toys that they don’t play with anymore. But there’s also the back and forth of “should we keep this…” or “should we store this…”

I’ve a garage full of tools and implements, obtained over the years, that only serve a purpose for the house itself. With very few exceptions, those things simply won’t be needed anymore if we’re in an RV. So, when the house is ready, we’ll have a couple of epic garage sales — nearly everything will go!

It’s a little uncomfortable, but for us the end result will be worth it.