We test-fit the kids’ carseats into a 2000-model Ford Supercab and there simply isn’t enough room to get the feet in.

Then we test drove the 2004 crew-cab. We really liked the amenities, but…

Only 106K miles, but had evidence of a 5th wheel hitch in it. Guess I should be flexible on my “requirements“.

In this case, the mileage and the surprisingly good overall condition, and that it has an Allison transmission means that its previous life as a 5er isn’t quite as significant.

A test drive showed almost everything worked reasonably well, but I didn’t get a chance to get it on a highway. Still, we did a little haggling over the price and… we’ll have a new-to-us truck in a day or two if she passes Colorado’s emissions test. 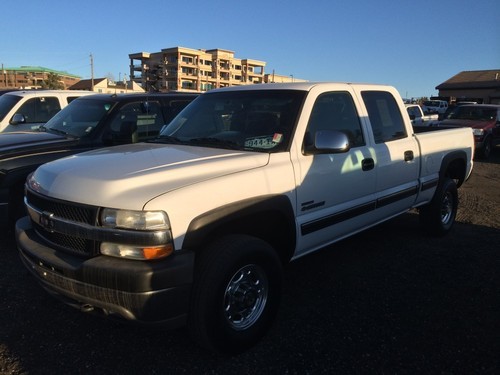