How to defend against a wild animal attack when disarmed: rip its tongue out.

Willing to bet your life on it? When some other animal has already raised the stakes to your life, then begging for them to let you live isn’t going to be enough. That’s when it’s party time.

As an aside, I think it’s interesting that TFA says “Wardens said the leopard attacked the man because it was injured elsewhere. Wild animals are usually very aggressive and attack unprovoked when injured.”

That’s not an entirely accurate statement. Far more often than not, a wild animal — in particular, a carnivore — will attack any convenient meatsack when it’s hungry.

Actually, it’s happened many more than just a few times:

I kinda want one.

Only the very narrow-minded would blame inanimate objects. And only the very evil would render people defenseless.

They might be “just numbers” but they’re powerful numbers. 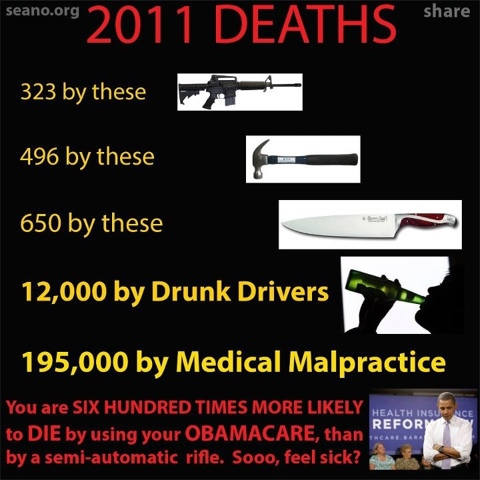